Originally from Los Angeles. Creator, producer, director, writer, obssesed with 'Day of the dead' in Mexico is Tim Burton. The Los Angeles County Museum of Art (LACMA) has dedicated an entire exhibit to the works of this incredible personality along the years. His movies, drawings, even music and sound effects! It is truly an hommage. One that captures the essence and creativity of this excentric artist.
I had the fortune to interview Dr. Britt Salvensen, Department Head and Curator Wallis Annenberg Photography Department, Prints and Drawings Department at LACMA. Another fascinating figure, this is what she had to say 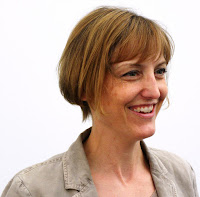 How did this idea take place and how much time did it take?

Well the MOMA curators created the show and probably had been working on it for about 5 years before it opened there and when the exhibition was on view there with such a huge success our Director Michael thought and said 'we have to bring this to LA!' which is great because Tim Burton is from LA so we get to have this great story about this local boy who became such a huge success and because his business is movie making and here we have such a great community of people who understand and are interested in the process of movie making.

How much time was the exhibit at MOMA before it came here?

It openned in 2009 and traveled to two other venues before it came here, first is Australia and then in Toronto so, we are the only other US venue and we’ve been planing on the show for about a year.

How did you think about the space for the exhibit?
We wanted to try out our new building and test it for a show of this type. We also had the opportunity twice during the organization process when Tim happen to be in LA for business and was able to come and meet with us here to see the space so that was also really important that he could have a vision of where the exhibition was going to be and give us advice on certain key areas. He was really respecftul on how museums operate differently from a movie set. But we knew from discussing with him that they where basically 3 different areas of the exhibition that where important to him design wise and that is the beginning with the great monster mouth entry way so we worked with him to plan all those details. Then the black light room with the rotating carrousel is another area that he brought this really great ideas and we where able to implement and that forms a great kind of transition point in the show. And then finally we had a gallery space at the end of our floor plan where we just left it totally open for him to do whatever he wanted, something new, we called it the ‘play space’ and so he came with this great piece he saw that the space looks out into 6th street and that theres a window thru which you can see the LA landscape, he created a piece that certainly responds to that. 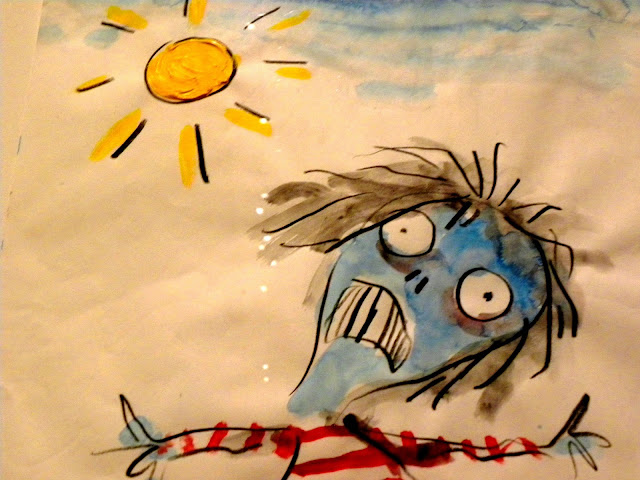 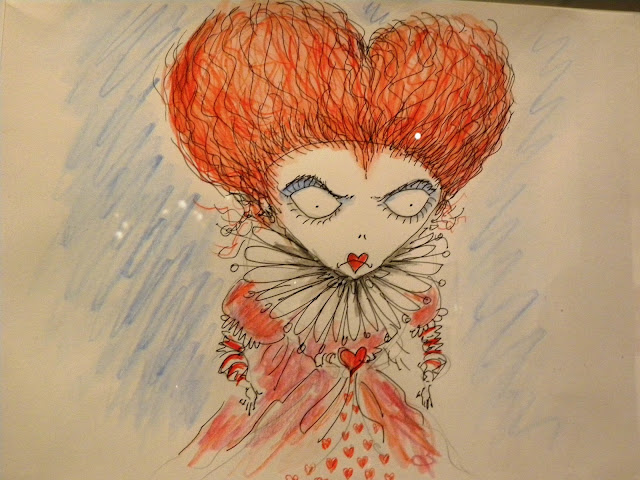 How was it working with him thru this exhibit?


It was really great. He is so busy in the middle of making a couple of movies right now, he didn’t have much time but he was very efficient there and has a really great team of people around him which didn’t surprise me cause you can see in his movies how he works with the same people again and again that get his vision. So similarily we where able to all our team here and his team, able to work together and it was really interesting to work with someone who is so skilled at envisioning a threedimensional space and who works across from not just the visual but the sound and the music. I am used to dealing with photographs and prints and drawings which are flat and quiet. This show went beyond that and I really enjoyed learning about all of that. 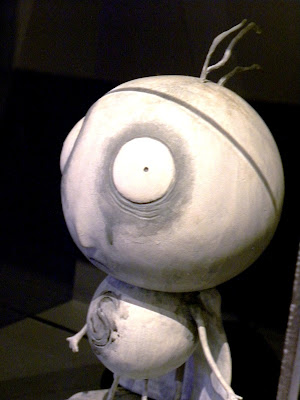 What can people expect coming here?

First of all people should expect that it is a lot to take in. it’s like a glimpse into an artists brain and creative process and that’s I think the inspiring part about it because Tim is really from the beginning a visual thinker that is how he thinks, is by drawing and I think that’s inspiring specially to younger kids who might be kind of that point in where ‘my drawings our not good’ it does not matter its just that they express who you are and that is the lesson that Tim really puts out there. Just keep doing what you feel and you never what it could lead to.

It has been almost a month since the opening, how has the response been and where there any celebrities in the opening?
The opening was off the chain such a great party and it was satisfying because for Tim it was a chance to spend time celebrating with his friends and colleagues he does not spend that much time in LA these days and so it was really I think I hope fun for him to be able to do that to some of the actors and people who made the puppets and just the various kinds of friends and fans and the response has been incredible, every weekend has been a complete sell out and even during the week I see people arriving in full costume at noon on a Tuesday or a Thirsday to see an exhibition and that is really exciting to me because it means that people are coming to the museum for a real experience that connects with their lives and they take that away. And its just a really a kind of social experience theres a lot of talking conversation in the galleries which is fun and, all of that is really great to see. 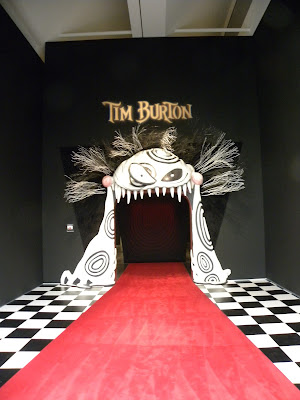 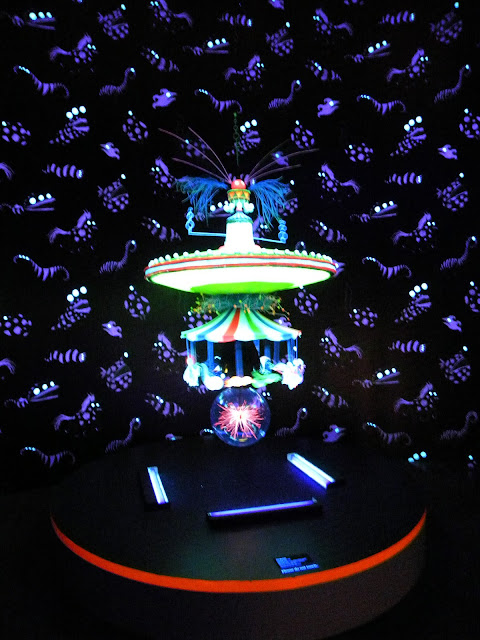 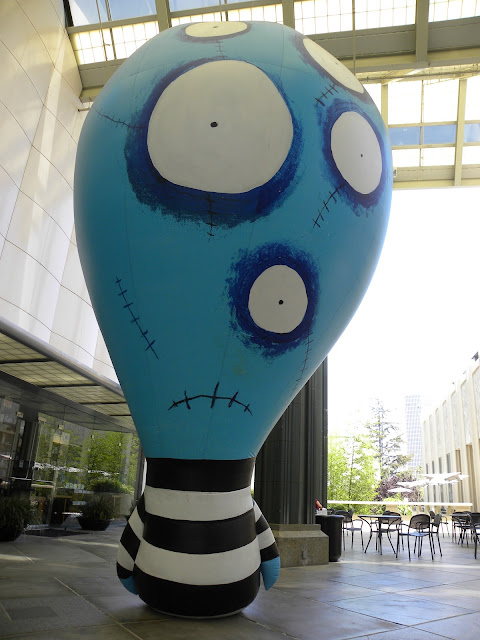 How long is the walk thru?

Approximately 45 minutes, the audio tour and we have designed it so it does not create too much of a bumblack you can wonder and look as you are listening and just take it all in. there are some video components within the audio tour so you have an ipod touch that you are listening for a while and then it prompts you to see Tim Burton talking about some points related to the exhibition and the tour.

How did that came in, having the ipod touch as an audio tour
We collaborated with one of the prior venues, Australia who had done it,so we pulled our resources and we created a script to would go with some of the interview footage that they had already recorded. I think is really great because that way we don’t have to have more monitors on the wall. The things that are on display can just be the artworks and then you can really hear and see Tim talking about them and it does not get any better than that. 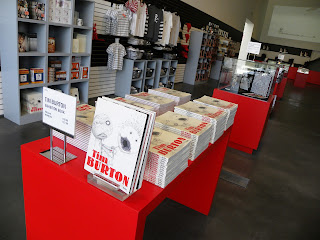 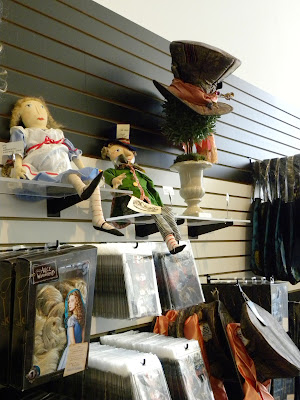 Anything you would like to ad?
I would say that seeing the Tim Burton exhibition can be part of a whole day at LACMA doing a lot of other things, spending some time outside, chilling out, relaxing but also seeing a couple of other related components on campus. We’ve got a Tim Burton ballon boypiece which is over the being auditorium, we have a lot of screenings related movies there, and we have a little one gallery show that I worked on with Tim where he selected objects from our permanent collection prints and drawings and photographs that appeal to him from all different periods in art history so you have some old master prints and some germain expresionism. Some day of the dead kind of graphics, he is totally into day of the dead thing that is really influential on him. Other little Burton elements throughout the campus, I think helps to really connect what he does to what the museum does more broadly. People can come here see Tim Burton and come back.

There are so many great objects and souvenirs. Books, souvenirs the movies. Lacma projects, he created a Tim Burton animated version of our logo which we have on some tshirts.

Info:
The exhibit will run until October 31st 2011
Museum is closed on Wednesdays
Admission $20 dlls. 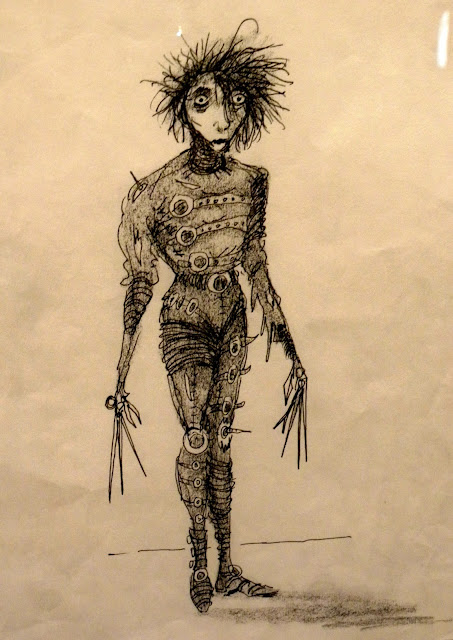