It is time for the OFF CENTER FESTIVAL!!!!!!

The annual Off Center Festival™ returns January 16 – January 30, 2016 with an all-new line-up of creative, contemporary and sometimes controversial artists and shows. 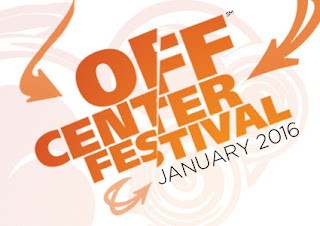 There will be two FREE Parties on the Plaza / P.O.P– January 16 and 23 at 6:00pm. Both will offer live music, dancing and food truck cuisine. The Off Center Lounge in Leatherby’s Café Rouge will be open again with a special low-cost post-performance menu and the opportunity to mix and mingle with festival artists.


Here is the list of activities:
Arts Plaza
FREE


On Off Center Saturdays, January 16 and 23, the Center’s Arts Plaza will come alive with dancing, popular OC food trucks and music by two LA-based bands.
The festival kick-off party on January 16 with Allah-Las. The sound is a rich fusion of West Coast garage rock and roll, Latin percussion and electric folk.

On January 23, Milo Greene takes over with its self-described “cinematic-pop.” The band’s album – Milo Greene – reached No. 1 on the US Billboard Heatseekers Albums.

“theatrical magic … astounding” – The New Yorker
An immersive story comes to life on both stage and screen with vintage overhead projectors, multiple screens, puppets, actors, live feed cameras, multi-channel sound design and a live music ensemble, as Manual Cinema transforms the experience of attending the cinema and imbues it with ingenuity and theatricality. ADA/AVA, hailed as “an unclassifiable story of spectral beauty” by The New York Times, explores universal themes of mourning, melancholy and life in this fantastical tale of septuagenarian Ada, who feels confined to a solitary life following the death of her twin, Ava. (Recommended for ages 12 and older.)
Want to see the trailer? click HERE

How can you speak about the unspeakable? Twenty years after fleeing Rwanda as a young girl, Dorothée Munyaneza is ready to look back. Conceived, written and performed by Munyaneza, Samedi détente takes its name from a popular Saturday morning radio program. It explores the will to survive and to find happiness amidst unspeakable horrors through spoken word, song and movement. Accompanied by Ivorian dancer Nadia Beugé and French musician Alain Mahé, Munyaneza returns to the memories of her childhood with potent music, electrifying movement and dispassionate testimony. (Recommended for mature audiences.)
Click HERE to view the trailer

“This delightful show delivers.” – The Guardian
Montreal-based scratch DJ and music producer Kid Koala presents a magical, multi-disciplinary adaptation of his graphic novel, Nufonia Must Fall. The story centers on a headphones-sporting robot on the verge of obsolescence and infatuated with a winsome office drone. 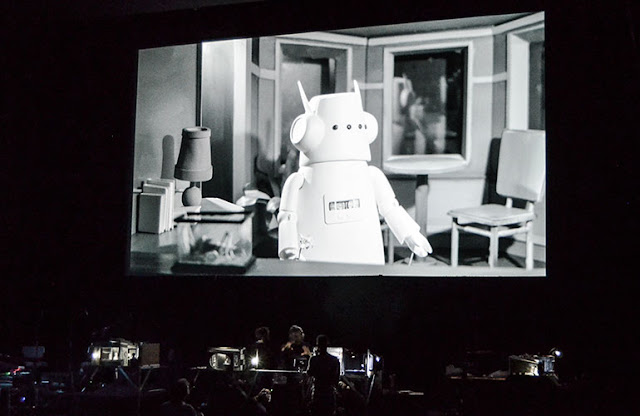 Collaborating with Oscar-nominated production designer K.K. Barrett (Her, Lost in Translation, Being John Malkovich), Kid Koala enlists a team of puppeteers to stage the circuit-bent amoré as camera crews edit the footage in real time, resulting in a live silent film. Koala and the dynamic Afiara Quartet provide live score on piano, strings and turntables. 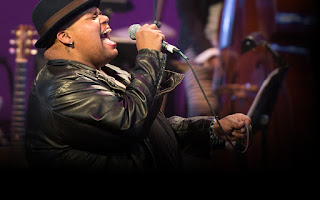 “It’s a little bit country, a little bit rock ‘n’ roll, yes, but also very funky and wonderfully kick-ass.” – The Boston Globe.
Toshi and her all-star band BIGLovely are a joyful celebration of all that’s dynamic, progressive and uplifting in American music. This versatile singer-songwriter-guitarist, who has been described as a combination of Sly and the Family Stone, Joni Mitchell, Led Zeppelin and an entire gospel choir, has moved audiences with her big-hearted, hold-nothing-back approach to rock, blues, R&B, country folk, spirituals and funk. 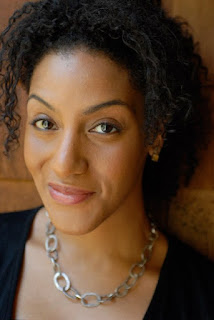 Tony Award®-winning writer, performer and activist Sarah Jones (Bridge & Tunnel) brings to the stage a dazzling medley of characters in Sell/Buy/Date, an exuberant new play inspired by the real-life experiences of people affected by the commercial sex industry. Through her masterful, multicultural characterizations, Jones explores an array of diverse perspectives on a fascinating and incendiary subject, all while preserving the full humanity and humor of voices seldom heard in the theater. (Recommended for mature audiences.)

The powerful blues and soul singer explores traditional and modern variations of folk, roots, blues, tribal and soul. She grew up listening to everything from church hymns to country music, raised on Tanya Tucker as much as the Jackson Five. Award-winning singer-songwriter Redbone has sung in such disparate occasions as the New Orleans Jazz Festival, Nimham Mountain Music Festival and at both of President Barak Obama’s inaugurations. She is joined at Off Center Festival 2016 by an all-star band in an epic concert that spans generations and a breadth of music genres, revealing a great American story that has remained untold until now.

Off Center Lounge
Leatherby’s Café Rouge (Renée and Henry Segerstrom Concert Hall)
January 20, 22, 23, 28 – 30
Opens at 9 p.m
Audiences can mix and mingle with fellow audience members and Off Center artists. It’s rare opportunity to talk one-on-one with the creators and performers of these thought provoking works and pose those questions that oftentimes go unanswered. A special low-cost menu will be available starting at 9 p.m. 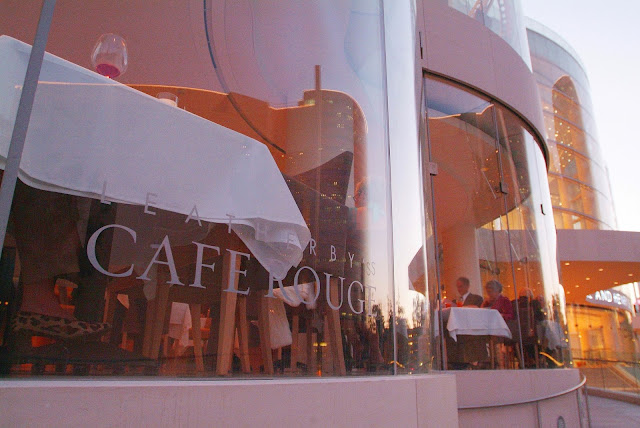