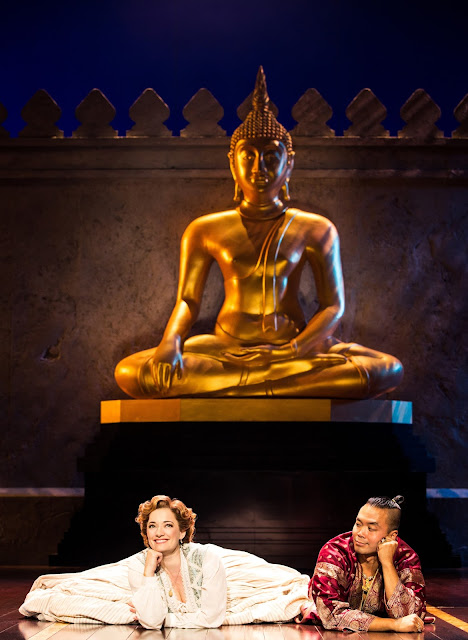 Segerstrom Center for the Arts, Ambassador Theatre Group and NETworks Presentations LLC announce that the national tour of the Lincoln Center Theater Production of Rodgers & Hammerstein’s THE KING AND I will make its way to Segerstrom Center for the Arts February 27 – March 11, 2018.
Laura Michelle Kelly stars as Anna Leonowens and Jose Llana as the King of Siam. Joan Almedilla will play Lady Thiang, with Brian Rivera as Kralahome, Q Lim as Tuptim, Kavin Panmeechao as Lun Tha, Anthony Chan as Prince Chulalongkorn, Rhyees Stump as Louis Leonowens and Patrick Boll as Captain Orton/Sir Edward Ramsey. For more information, please visit thekinganditour.com, or on Facebook and Twitter.

Director Bartlett Sher had this to say about the leads in THE KING AND I: “Jose was so superb on Broadway in The King and I that I begged him to join us on the tour, and l feel we are incredibly lucky to have him. He brings such joy and virility and strength to the King. And he is one of Broadway's great talents.
“Laura Michelle has one of the best voices on Broadway matched with an extraordinary heart. Her work on Finding Neverland and Mary Poppins distinguished both of those shows with her natural grace and joy. She will be an exquisite Anna Leonowens.”
Tickets for THE KING AND I start at $29 and may be purchased online at SCFTA.org, the Box Office at 600 Town Center Drive in Costa Mesa or by calling (714) 556-2787. For inquiries about group ticket savings for 10 or more, call the Group Services office at (714) 755-0236. The 2 p.m. performance on Saturday, March 10, 2018 will include audio description, open captioning and sign-language interpretation. 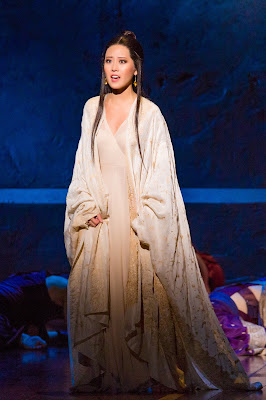 THE KING AND I, directed by Tony Award® winner Bartlett Sher, won four 2015 Tony Awards® including Best Revival of a Musical. Hailed as “first-rate, sumptuous” (The New York Times) and "too beautiful to miss" (New York Magazine), the production played 538 performances on Broadway at the Vivian Beaumont Theater.
Bartlett Sher is reunited with the award-winning creative team from Rodgers & Hammerstein’s South Pacific and The Light in the Piazza. THE KING AND I has music direction by Ted Sperling, sets by Michael Yeargan, costumes by Catherine Zuber (Tony Award® winner for THE KING AND I), lighting by Donald Holder, sound by Scott Lehrer and casting by Telsey + Company/Abbie Brady-Dalton, CSA. THE KING AND I features choreography by Christopher Gattelli based on the original choreography by Jerome Robbins.
One of Rodgers & Hammerstein’s finest works, THE KING AND I boasts a score that features such beloved classics as “Getting To Know You,” “Hello Young Lovers,” “Shall We Dance,” “I Have Dreamed” and “Something Wonderful.” Set in 1860’s Bangkok, the musical tells the story of the unconventional and tempestuous relationship that develops between the King of Siam and Anna Leonowens, a British schoolteacher, whom the modernist King in an imperialistic world, brings to Siam to teach his many wives and children.