Puppetry gallops to a different level

The five Tony  award winner ‘Warhorse’ opened last week at  SegerstromCenter for the arts in Costa Mesa California. Segestrom Hall shined its maximum capacity with almost 3,000 souls that through two hours and a half, enjoyed the ups and downs of this complex story situated in England during WWI. Albert, sixteen, gets a foal thanks to his father Albert and his gambling. ‘Joey’ the foal comes alive onstage; it is a puppet made out of mostly cane, soaked, bent and stained. Three puppeteers bring it to life: one for the head, one for the torso and one for  the tail while making breathing, neighing and puffing sounds… Simply fascinating. ‘Joey’ has a light cinnamon color. The puppeteers wear overalls and boots of the same color; even though they are seen all the time onstage, the handling is so fine, so delicate, they  camouflage with the puppet. 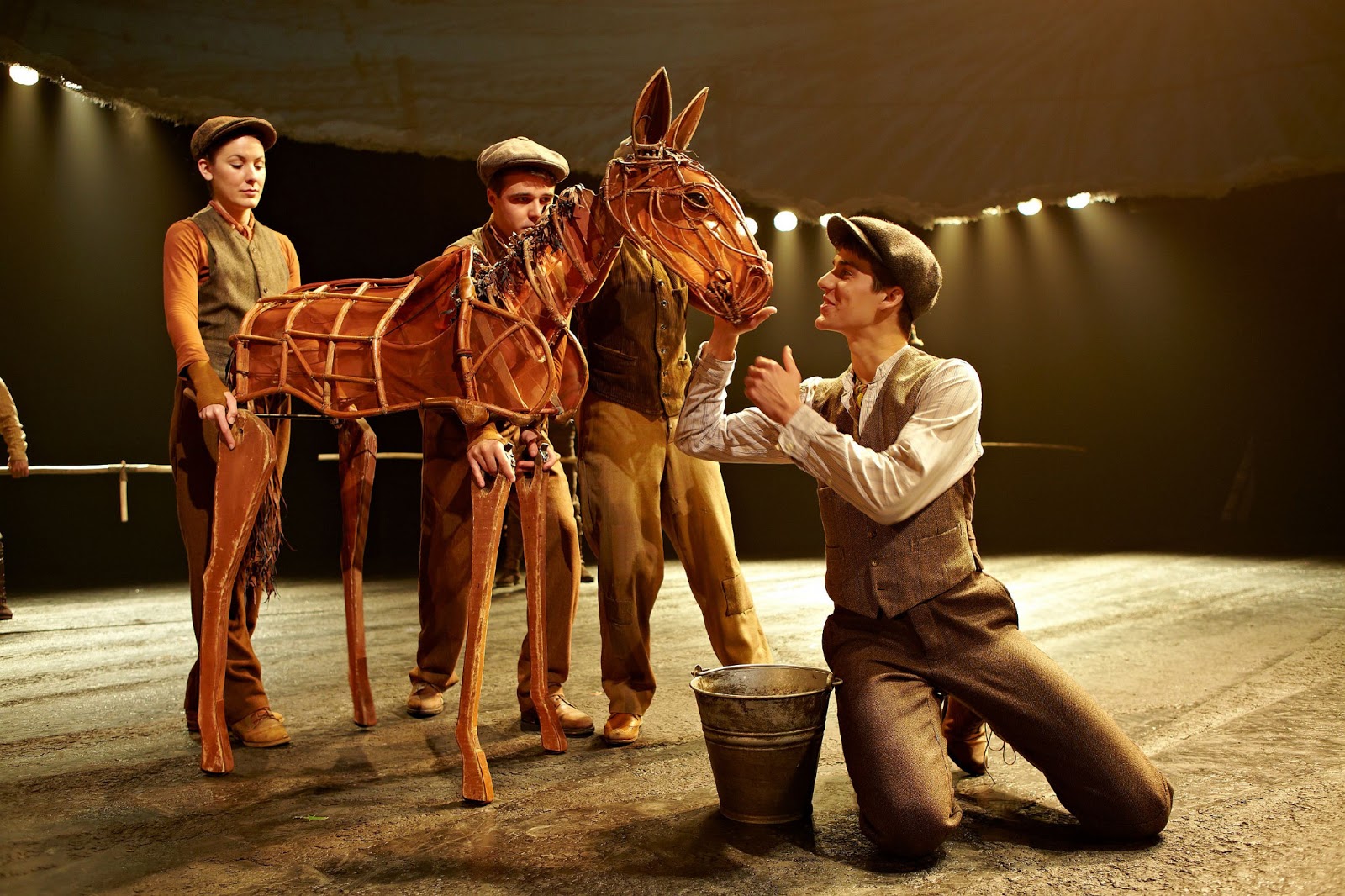 Albert tries to befriend Joey but the foal is somewhat  unsociable at first. Slowly it starts trusting Albert and allows him to teach it different tricks. Months pass and Joey is now a strong, young horse. Another great  deed in the production where a transition between the foal and the horse occurs. A 120 pound Joey bursts out onstage handled by three other puppeteers that are connected to the aluminum spine lined with leather so the horse can be ridden.
In spite of the gambling and betting scares, Arthur without any remorse or telling Albert, sells Joey to the English army. Joey is sent to the war to fight for England; on the way he meets ‘Tophorn’ a battle horse that is not very welcoming. When Albert finds out, he enlists in the army lying about his age so he can go to war and find Joey. Time passes, both horse and man fight and fight without finding each other. Joey gets trapped in a barbed wire between German and English fire. A momentary truce becomes present in order to save the animal. But who gets to keep it once out of danger? A flip of a coin will decide the horses destiny: Heads, the English get to keep him. Tails, the Germans do… 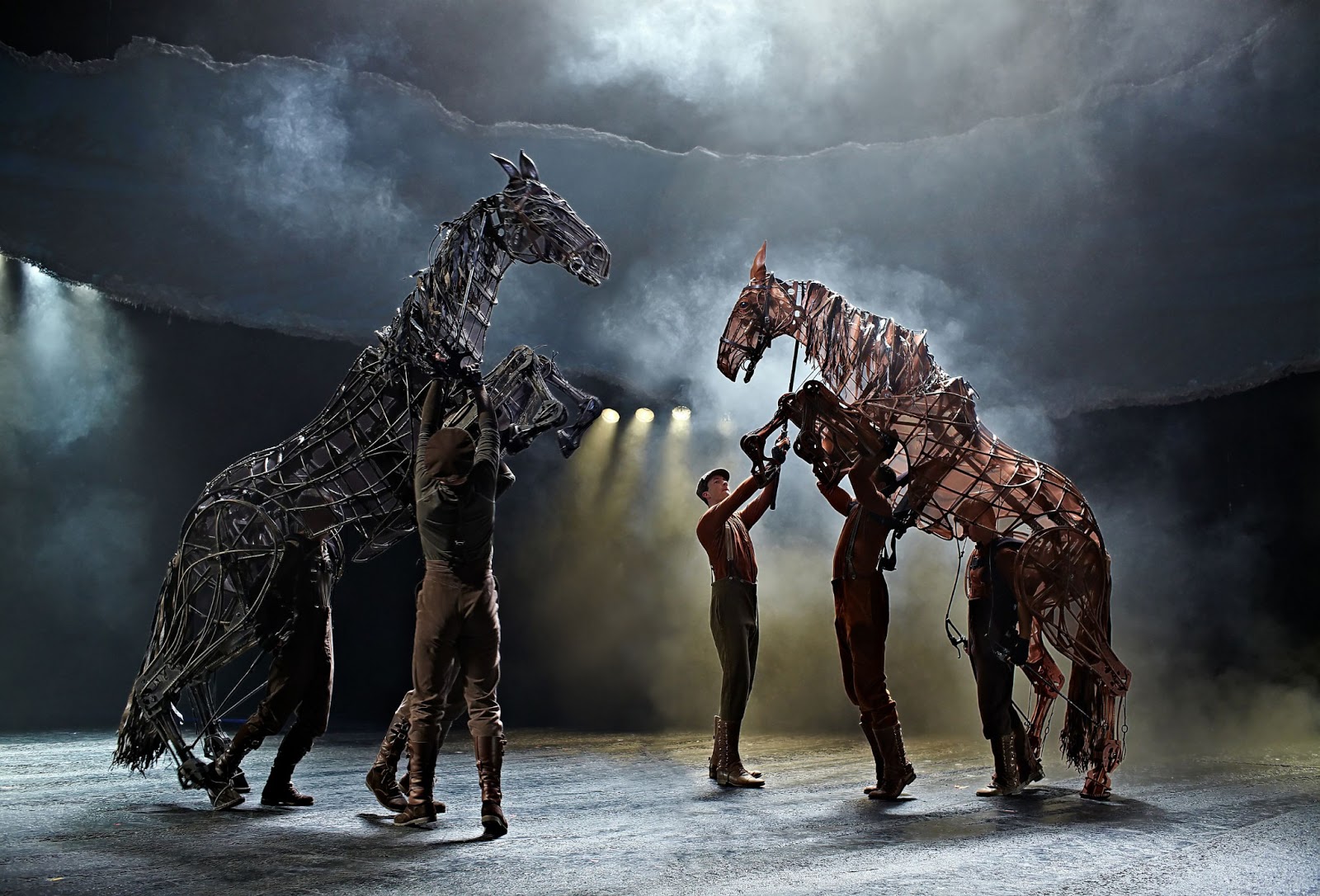 Warhorse is based on the beloved novel of Michael Morpurgo and adapted by Nick Stafford. A breathtaking production that captivates and moves the audience as the story unfolds. The puppetry is handled with great ability and professionalism. Giving this musical its great essence and meaning.